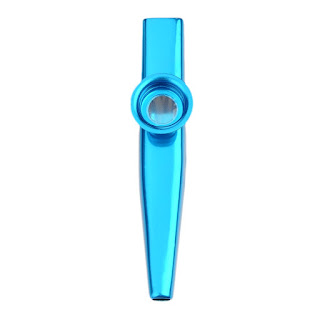 seized from your suitcase at luggage inspection

on a family Christmas trip to New York City

just who were you? the Pied Piper?

2004 tsunami zoom to The Big Apple

a simple kazoo- not illegal drugs or weapons

who were you now? the Pied Piper?

were you to groove and kazoo through the streets?

a kazoo – neither bong nor bazooka

were you to flitter and flute-toot through the streets?

a kazoo – looted from your suitcase

other too-heavy baggage ruled the truth of the doom