Challenge from Emily – write about an indelible moment

So I share a recent indelible moment – about 3 hours recent – and it’s horrifying. Readers beware. Strange what pills will do to “keep us well.”  Backstory: negative COVID test – but take this COVID Cocktail to prevent it……

Apologies for the length….. 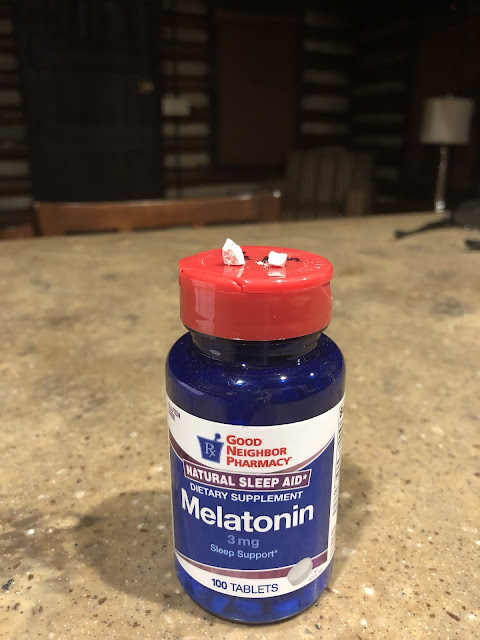 Melatonin Dreams of the COVID cocktail

an assortment of vitamins and

1 to 3 milligrams a half hour before bed

what does that even mean?

I was supposed to be at a horse rodeo

I was in a big eatery

first at a table with people I didn’t know

and then selling $1.75 trinket rings

my own dad suddenly appeared because my mom wanted one)

in heaven in real life now-

I keep in my Caribbean Blue Rav 4 console

in the drive thru in the sudden deluge

my purse, a nickel and penny from the bag,

two fives and three ones back-

– and kept eating his desserteria

what is an Italian haircut?

is desserteria even a thing?

his huge group of older relatives

strangers I’d never met started getting up from

I stared back with viral oomph

squinted my eyes at them

asking with my expression:

spend some time with your kids, my eyes accused

further down the mallish corridor I saw

– her family I’d heard all had COVID in real life

(and then Joanie and her husband)

I actually saw in real life

– not just in this crazy dream-

eating barbecue at the Oink Joint in Zebulon this week

(on the walk I saw

so the Asian girl behind the counter asked me

what I wanted and I ordered

“what they were having”

since I don’t know enough about pho to know,

pointing at Peg and Mary)

(but I left the line for a minute

came back, got in line to pay for the pho

and realized – no money!

reached in the pocket of my sweater

-this was Mom’s Korean sweater)

(and I pulled out-

paper bills with unknown faces on them

a five and a one

not knowing whether it was stronger than the dollar or weaker

pulled out her own foreign currency to pay for hers

glanced at me and said something

in some language I did not understand

where was I in this international rodeo?

in the eating area

a lady named MooreAnn was there with her husband

they were showing how they’d made all these jigsaw puzzles

not saying a word while someone else talked for them

then she ran back to work behind the counter

she was wearing running shorts and a T-shirt

running with a lit smoke and a smile

next there was a labor room where

newborn naked babies were on display

-God only knows where-

up top and little teeth on the bottom

and asked how he’d been born with all those teeth already in and how was he already that big?

he had to have hurt

I quipped back it was sad how we don’t know all the answers and why does God let us go through things like this?

facing a baby with cancer

and then I went back to a room

to get things to go home

I was making a right hand turn

in the far left turn lane and maintained my lane

but a car next to me

had me wondering if he would do the same-

but the car stayed in its own lane

I asked whoever was in the car with me

-I knew them but had no idea who it was –

how to get back

but no answer from

the back seat passenger

I guessed at it and saw a child

a girl of about ten

-finally, someone who was dressed-

I went around her

-on a dark highway?

-is this not strange?

And this was when things got worse

I saw the boy

had been hit by a car

and was lying in the road screaming for help

– of course I should

but the Rav was going too fast to stop

had been hit several times

and I convinced myself I should turn around

I spun the Rav around to take a different way

– to go back and turn onto the road

in this dream of terror

we’re they in on the killings!?)

jolted awake by the horror

No more Melatonin for me!

stumble to the toilet

the same way our two dogs line up

for the same spot

I hear popping sounds on the wooden floor

creaks the whole time I pee

I go back to the room

– there he is in bed

as he was when I left

in this haunted cabin #7