Poetry challenge from Anna Roseboro – use instrumental music from a wedding to inspire a poem about a wedding you have attended. 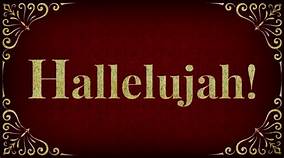 Marriage of an Island Bride and a Funny Farm Groom

Happily Ever After came for her at 41
Matchmakers took what had for two folks come undone
Believed the perfect pairing that neither of them thought
Until a shattered window made clear what at first was not
A Gordon Lightfoot concert and a flattened trinket ring
Led to a proposal on a City Park swing
Two families both delighted at the coming wedding day
Plans took quirky twists and turns each step of the way
A mail-order wedding dress and gold spray-painted shoes
A sight-unseen wedding band gave juicy shocking news
“Lullaby” by Bond played as the bride strode down the aisle
White tulips standing straight at first, then kneeling afterwhile
Three preachers there to tie the knot with stories, vows, and prayer
Reminding all that love eases the burdens that we bear
Pronouncement, then a sudden change of script – surprise!
The ears could hear, but faces showed confusion in the eyes
Tradition thrown aside because it didn’t quite work for us –
We chose instead recessing to Handel’s Hallelujah Chorus!
Still Amen and Hallelujah strong