Never Not a Teacher 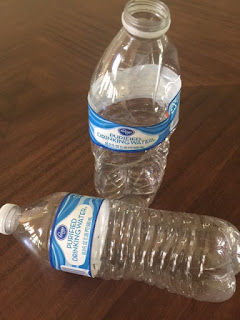 Somewhere along the way, teachers realize that the calling to be a teacher is a lot like growing a new skin that can never be shed.  We are identified in public places by total strangers who correctly guess that we are teachers.  It becomes second nature to us to ask our companions if anyone needs to use the restroom before going into a movie theater, a baseball game, or any similar event.  We stop short of bending over to tie other people’s shoelaces or cutting their steak for them, but the urge is real.  We even carry expectations of those around us, and we inadvertently give someone the “teacher glare” from time to time, especially if we observe bottle flipping or an empty water bottle being thrown at a trash can.
Ralph Fletcher, in A Writer’s Notebook (1996), says that “It’s important to pay attention to what haunts you, what images or memories keep running around in your mind even when you try not to think about them” (17). Is there any wonder, then, in the middle of the summer after a 5K race when an empty water bottle came sailing past me and bounced off a trash can rim on to the ground, that the teacher in me came out like Bill Bixby transforming into the Incredible Hulk?  Out of the corner of my eye, I had seen it before it happened – as most teachers do.   A tall male figure on tippy-toes, an elbow overhead and then a straight arm extended above, a palm completely extended and frozen in an anticipatory gesture toward a trash can the instant after a bottle was released from its grip, the empty bottle kissing the rim of the trash can before plummeting to the ground.  This is one slo-mo video that can be played at the drop of a hat in every teacher’s mind.  It never leaves us. 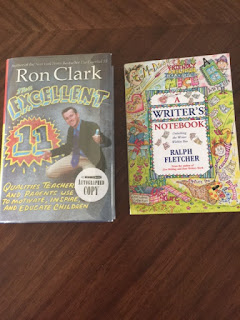 The shooter must have caught my scolding glance.  Immediately he left his pocket of friends to retrieve the wayward bottle and deposit it into the trash, keeping one cautious eye on me all the while.  Before he could arrive, though, I whisked it up.  To allow the shame of such a failure is never the way of a teacher.  No, indeed.  I handed him the bottle and told him to try again.  By now, there was an audience, all captivated and cheering for his success on the second attempt.  He took a step closer to the trash can.  The stance: straight and tall, showy, the tilt of the head, a lick of the lips in extreme focus, and the raising onto the toes.  The release:  the elbow directly overhead, with the bottle hanging limply behind the head before raising into the straight arm overhead, the simultaneous thrust of the palm, hand in a puppet formation suspended in mid-air as if it would magically direct the bottle to its target from behind, and every surrounding eye on the bottle as it careened right past the trash can without even a glance in the right direction.  Sighs from the crowd.  Embarrassment on the part of the shooter, along with admitted failure and no determination to be successful with this crowd as an audience.  I saw all of that, but the teacher in me knew that to avoid dropout syndrome, we had to set the stage for success and refuse to give up.
I picked up the bottle a second time and returned it to him.  On this makeshift basketball court of a parking lot, the teacher in me became the referee between defeat and success.  I couldn’t stop and speculate about what the onlookers probably thought about this woman who had apparently lost her mind in this interaction with a stranger when I pointed to a parking line and shooed him behind it.  He raised his hands in a seemingly mad questioning gesture, sucked his teeth a little, and asked, “Now you gonna make me….” and didn’t finish the question, because I had already moved the trash can into alignment, had my hands on my hips, and had the crowd focused on him once again. “Come on.  You can do it.”  The familiar routine emerged, and the water bottle whooshed seamlessly into the target on his third attempt.  Instant applause from the crowd, and a shattered ego restored.  The young man gave me a sheepish but questioning and sympathetic grin as he returned to his circle of friends, I moved the trash can back, and the day resumed its course on a brighter path.
Had this been my student, I would have reaped future benefits in having taken the first step of many more in establishing a relationship that allowed me to celebrate him, to push him, to encourage him, and to remind him daily that I believed in him and would not allow him to fall short of his potential.  By the end of the first week of school, I would have been looking him dead in the eyes when he tried to misbehave in my class and telling him that while I love my shooting star, he’d better not step out of line.  And we’d have smiled an understanding smile at each other and gotten about the business of learning…..for at least fifteen minutes until I had to remind him again. 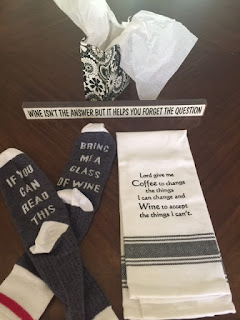 Ron Clark (2004) says, “Nothing raises the level of confidence in a child more than success (165).”  Teachers recognize that the classroom doesn’t have boundaries.  I would modify that sentence to say, “Nothing raises the level of confidence in a person more than success.”  When teachers see students -or people- who try their best, we rally for them.   Names don’t matter.  Skin color doesn’t matter.  Age doesn’t matter, and religion or political persuasion does not matter.  What matters is that we set the stage for success and work toward it.  Once we help someone achieve it, we have built a relationship and gained their trust.  We establish an expectation and are willing to let them get annoyed with us a little bit for wanting to stretch them enough to watch them succeed, and therein lies the major conflict of what we do.  This is both the blessing and the curse of the profession that we call teaching – we completely invest ourselves in the people around us, and we try to talk better sense into complacency and wage war with apathy.  Our families sympathize deeply enough with our inner troubles to buy us socks that say, “If you can read this” on the left foot, and “bring me a glass of wine” on the right foot, along with similarly-themed dishtowels and kitchen signs that indicate our need to temper the struggles with relaxation techniques that exceed the capabilities of our own mindsets.  They do this because they know.  Those closest to us know that no matter where we go, no matter what we encounter, we can never overcome the teacher within – nor would we want to. We’ll never not be teachers.
References
Clark, Ron. (2004). The Excellent 11: Qualities Teachers and Parents Use to Motivate, Inspire, and Educate Children. New York: Hyperion Books.
Fletcher, Ralph. (1996). A Writer’s Notebook: Unlocking the Writer Within You. New York: HarperTrophy Books.