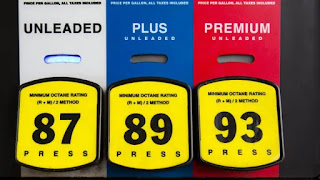 My 3 who endlessly entertain me with their sibling sparring on a group textwho have fowl wars when one decides to start a pretty much professional level birdwatching hobby and the other two stick their feathers in,never to be outdonewho all fluff their chests and threaten that their own backyard cardinals can beat the backyard butts of their siblings’ lesser birdsMy 3 who are in 3 different states for good reason because a state aloneis far too small for more than 1My 3, 1 of whom believes she will be a Disney Princess feeding her birds from her hand in no time and finds it hilarious that a lady called in to a radio station to rally the town to move the deer crossing signs because the deer should be directed to cross elsewhere but yet believes there is a Tennessee state bird book that confines certain flocks to state lines so they can never be seen by her brother and sisterMy 3, another who throws out randomfake bird names to see if anyone can go spot one and send a picture, meanwhile astonished that an unsavory coyote shows up in a Googled bird search and sincerely believes he can rid the entire world of coyotes with self-invented snares using YouTube as his sole snare sourceMy 3, another of whom has learned that if you plan on hunting with a bird of prey, you need to first bond with it by spitting in its mouth before feeding it fox meats and has stayed up at night researching to learn that wolves are apparently worse about luring innocent dogs into the woods than coyotes and is so heartbroken for the dogs that she hasn’t slept for days and has suffered migraine headaches from sheer exhaustionMy 3 who all love costumed drama, one of whom went in to work swinging her fists at coworkers to get to be the Easter Bunny when no one else even wanted it in the first place and hopped around the Rainforest Cafe for three hours one morning to make all the families laugh and then had to take to the bed with muscle aches for 2 days after that, stating that “this old people thing is happening faster than I expected,” thus prompting the new birdwatching hobby that she considers far less damaging to the kneesMy 3 who are forever vying over who is the champion favorite child, who get into arguments and adult-tattle on each other in the group text to try to win more affection and keep the proverbial pot stirredMy 3 who’ve always had festive gas….

…..pump year birthdays: 87, 89, 93 –an octane trio –and who revert to younger fighting issues if we go anywhere together in the car: “Mom! She’s looking out MY window! Mommmmmm!”and“I think he didn’t hold it, Mom, the seat is wet under him, Mommmmmm!”My 3 who keep me laughing and wear me slap out even across 3 statesMy 3