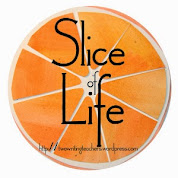 One’s a fight-pickin’ dog, that’s who he is – he likes to pick fights, but he can’t win any of the fights he picks. I don’t know why he picks fights. Nobody knows. Boo Radley’s a fine Schnoodle, though, he’s a real good boy. He can’t help that somebody abandoned him and left him for dead and then we came along and brought him home and promised him a better forever. Bites off more trouble than he can chew and then he gets his little @$$ kicked, that’s how it happens every time. It’s just what he does. He tries to be a street fighter, but he can’t. He ain’t no street fighter like his brother.

Now his brother carries a little knife strapped to the inside of his leg. A Schnauzer shiv. He wears a spiked  black leather jacket and sports his flag and drives this loud little motorcycle. Fitz came from a gang of bad dogs runnin’ the streetz and livin’ off garbage scraps, but we saved him. We rescued him from certain incarceration and brought him and his broken leg home, but he won’t give up his ways. He’d been on the run and we think thrown from a car but we can’t prove it. Had to have eleven teeth yanked out when his breath started smelling like a rotting goat carcass, but now he sleeps with us and we let him kiss us in the face.  He’s a real piece of work, and he don’t take nothin’ off nobody.

Don’t go handing us any sweet little innocent puppies to love. Give us the dogs with histories and issues. The ones with stories to tell and the spunk  to tell them. 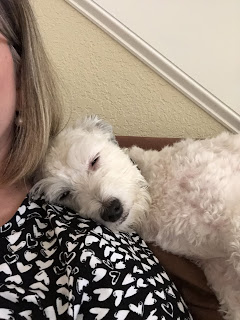 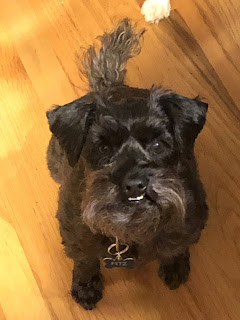 3 Replies to “Why We Rescue”