Poetry Challenge from Anna Roseboro:  Take a classic text and show a
timeless theme using modern language to write a poem (such as a rap). 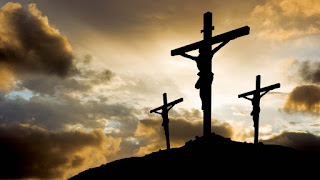 You think your haters and gangstas are oh, so bad
But they weren’t nothin’ like one Man had
Two of His homies betrayed and denied
One kissed Him to show who’d be crucified
He pleaded with Daddy to take this cup
His Daddy said, “Trust me, Son, I know whassup.”
One bro sold Him out for some silver coins
They scourged Him, nailed Him up, and pierced His loins
They mocked Him with a crown of thorns and other things
They told Him He wasn’t the King of Kings
His haters said if He was King He’d jump down
Instead He forgave them with love to astound
He said, “It is finished” and died on His cross
But Daddy wasn’t finished showing who was Boss
Fast forward three days and His rock was moved
The King of Kings done busted out,
KINGDOM PROVED!
His Daddy said, “Son, I didn’t take that cup
‘cause now to Heaven I can bring alla y’all up.”
Next time you think haters get the best of you
Just look at what one Man, our Savior, went through.
Just think of all our Savior, Jesus Christ, can do!